Last time, I set up the basics of Magical Monkey Adventure’s artillery system. You’d think I’d move on to combat next, but I’m a huge fan of visual flourishes. This week: May creates a new image format and implements a particle system. In the old fully graphical build, the character portraits were traced photos from Wikimedia Commons. They looked pretty goofy, which fit the aesthetic I was going for. Now that I’m using this ASCII art style, though, I can’t fire up Paint and trace photos. My solution: invent an ASCII-based image format, find a way to convert other images to it, and bask in this new cohesive aesthetic. I’m calling this new image format “ACTI”, for ASCII Container for Textual Images. (Sidenote: I know there are probably already ASCII art formats out there, since that was a big thing in the BBS/demoscene days, but rolling my own solution is way more fun.) The implementation seemed pretty easy. Take an image, resize it, scrape out all the pixel data, quantize it however I see fit, and boom. ASCII image. Sadly, though, it didn’t go that way. Here’s my test image. (Grabbed from Wikipedia, naturally.) 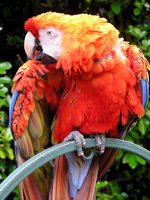 And here’s what my algorithm produced. 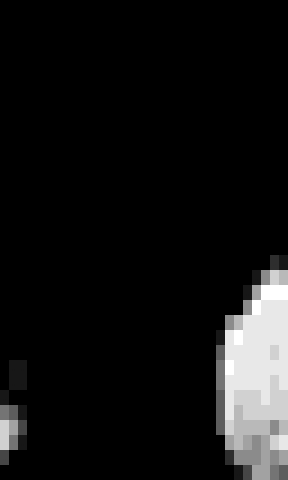 This took me longer than I’d like to admit to figure out. I thought it was an issue with brightness at first, and it was only after I noticed JPEG artifacts on another test image that I realized what was up: I wasn’t resizing the image, I was zooming in on the top corner! This was very wrong and needed to be fixed, so I did the only obvious thing and implemented some Nearest Neighbor scaling. (I then realized as I was talking to a friend about this that I could’ve used JavaScript’s built in Canvas scaling for this. Whatever. Implementing things yourself builds character.) (I also kept calling this bird a toucan when it’s clearly a parrot, which isn’t the smartest thing I’ve done.) So, now I can not only create blocky images like this one: 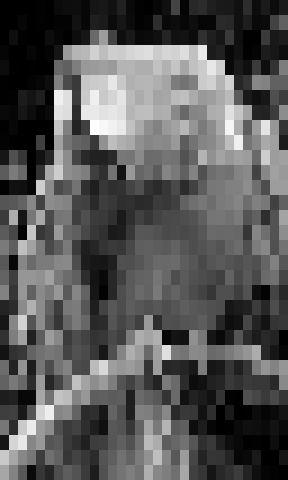 I can also generate more textual ones like this, based off the venerable 10print: 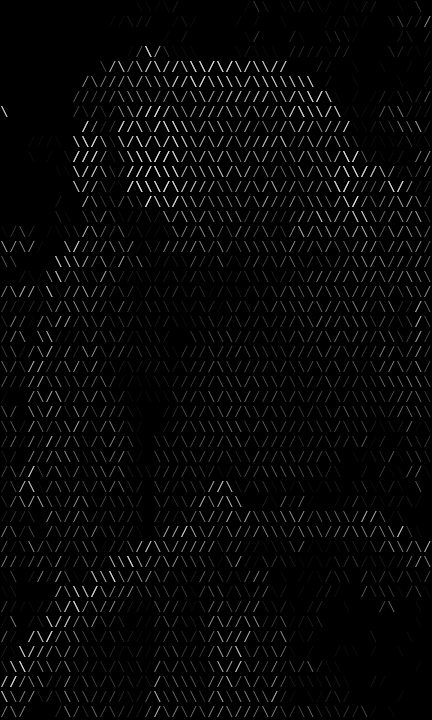 I’m going to keep playing around converting regular images to ACTI, but this is a pretty good start. I also set up a way to export ACTI images to actual .acti files, which involved a lot of messing around with Uint8Arrays and dumb errors, but I finally got the export/import system working. I also started work on a viewer/editor, but it’s not going to be in any state worth showing off for a bit, especially if I actually wanted to give the game particles this week instead of just fussing around with file formats. My dream of having a large suite of custom file formats for this project is beginning to feel a little misguided. (What use is it optimizing these sorts of things when nobody else seems to be?)

So! Particles. Each particle is part of a system, to minimize setTimeout() calls to update the animations. I’m not sure if that’s that big of a deal, but it felt important. Whenever a projectile hits the ground, it creates a particle everywhere the explosion hit and flings them away from the point of impact. It looks pretty alright so far.

An issue: the particles seem to flicker whenever the terrain redraws itself. It’s not that bad as far as graphical issues go, so I might just leave it, but if I want my game about magic monkeys to be super polished, I’ll be sure to try and fix this. I might also try to pretty up the explosions a bit, too, but right now that feels excessive.

Next week, I’m starting on combat. Special thanks to my good friend acti for becoming a file format.